Chondrodysplasia in a German Shepherd Dog 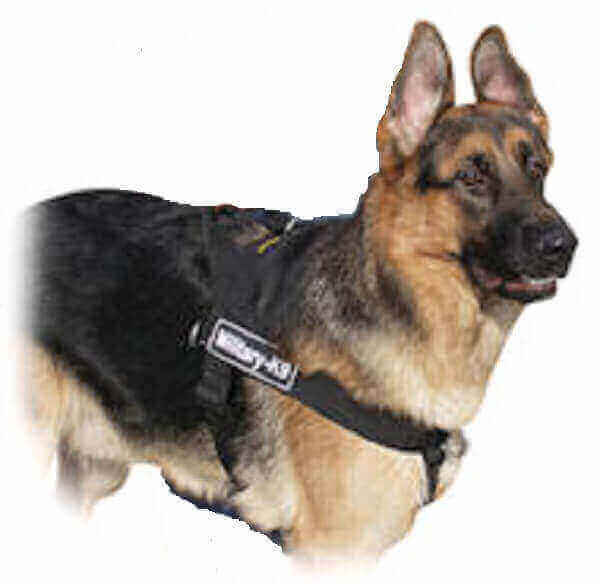 Case description- A three-month-old male German Shepherd dog, with signs of instability to stand, ataxia and radiographic symptoms of chondrodysplasia is presented. The symptoms were developed since birth.
Clinical Findings- On physical examination, the affected pup did not show any swelling, pain or other abnormality in the long bones by palpation, but he had ataxia in walking. Ocular examinations revealed no lesions. In radiography, the distal right and left ulnar metaphysis were flattened and the physics were much wider than normal. The physics ones were smaller in size than those of normal age. An increased radiopacity (sclerotic band) in the metaphyseal part of both radial and ulnar bones was observed adjacent to the physis. Radiographs were also taken from ribs and there was no abnormality in costochondral junctions.

Treatment and outcome- There is no specific treatment for this disorder. The pain can be
alleviated with anti-inflammatory/analgesic drugs (eg. aspirin). In this case, the dog was euthanized upon the owner’s request. According to the radiographic findings and our clinical observation, chondrodysplasia was diagnosed.

Clinical Relevance- There is no definitive treatment for such cases and the management of the program depends on the owner and the veterinarian decisions. It is better to stop the breeding of these animals.


Case Description:
Chondrodysplasia is a genetic disorder which manifests in puppies born with deformities.
In this article, we will look at a case study
a three-month-old male German Shepherd dog weighing 10 kg The owner’s chief complaint was the inability to stand and ataxia of the pup. The affected pup did not have any swelling, pain or other abnormality in the long bones by palpation. On physical examination, the pup did not have hypermobility of any joints, nor did he have thin or hyperextensible skin. Ocular examinations failed to reveal any abnormalities. Vital signs were within normal limits.

Vaccination and deworming programs were accomplished during the last two months. The puppy was fed with cooked chickens heads and legs. There were no abnormalities in the hematologic and biochemical profiles particularly calcium (10.1 mg/dl) and phosphorus (9.6 mg/dl). The pup was referred to the radiology department for further evaluation n of the limbs. The pup appeared to be phenotypically abnormal from birth. Based on the owner's statement, stand intolerance was observed when the animal was about three-week-old. Retarded growth was not observed in the affected pup. Lateral deviation of the forelimbs was a significant finding.

In radiography, the distal right and left ulnar metaphysis were flattened and the physics were much wider than normal. The carpal bones were smaller in size than those in normal age. An increased radiopacity (sclerotic band) in the metaphyseal part of both radial and ulnar bones was observed adjacent to the physis. Lesions are best seen in the image. The vertebral bodies were radiographically unaffected.

Treatment and Outcome:
Since the disorder is a genetic one, there is no specific treatment for it. Of course, pain can be
alleviated with anti-inflamma, tory/analgesic drugs (eg. aspirin). In this case, the dog was euthanized due to the owner's request.

Discussion:
Chondrodysplasia results in disproportionate dwarfism and has been reported in a number of
breeds, including Alaskan Malamutes, Norwegian Elkhounds, Great Pyrenees, Scottish Deerhounds, and Bull Terriers. In this study, we saw this disorder in a German Shepherd dog, which is a rare case.

Many of these disorders are inherited and known to be single autosomal recessive defects. Limb shortening with cranial and lateral deviation of the forelimbs and enlarged carpi are common clinical signs. Abnormalities appear to be limited to the long bones and the cuboid bones. All appendicular growth plates can be affected, but lesions are best seen in the distal ulnar physis and the metaphysis. Asynchronous growth of the ulna produces angular limb deformities.2,3 The form of chondrodysplasia in our case was similar to that described in other breeds of dogs.

In congenital hypothyroidism, nonskeletal findings include delayed dental eruption, macroglossia, lethargy, mental dullness, persistent puppy hair coat progressing to thinning and alopecia, mild nonregenerative anemia, and hypercholesterolemia. The radiographic features are epiphyseal dysgenesis and delayed skeletal maturation. We did not see any above signs in our case by clinical, chemical, hematological and radiographic examinations.

The diagnosis of dysplasia showed paralysis made. More than one hundred different types of skeletal dysplasia have been described in human
beings and an internationally recognized system of classification have been developed. According to this system, the chondrodysplasia in our case would best be classified as an osteochondrodysplasia with abnormalities of cartilage and growth plates in the ulna.

Radiographic changes may be detected in dogs as early as 7 to 10 days of age but can be more definitively diagnosed between 5 and 12 weeks. We saw lesions in 3 months. We couldn’t estimate the onset of the disease because the animal was not referred to us earlier. The cartilage dysplasia associated with visual defects is noted in Labrador extracts, Samoyeds, and German shepherd dogs no eye lesions were observed in the eyes.